← Notes for a Jim Harrison Interview
Kyoto: Walking One Step at a Time → 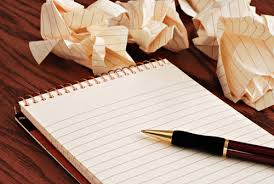 Steven Pinker’s book on writing, The Sense of Style, to be released in September, (see his article below on my blog) will be like beating a hornet’s nest with a big stick. He’s eager to carve out a space for the sciences in serious literary writing, now largely found in the humanities. In fact, a crop of scientists has been turning out books of high literary merit based on conveying key scientific discoveries and truths. Crudely put, he also feels that the humanities approach should be broader and deeper, precisely because it has failed to incorporate the vast knowledge about people and Nature that’s available through science.

A recent column in The Guardian by Oliver Burkeman got on the Pinker bandwagon, quoting just a few of his suggestions on what makes good writing today. Ouch! Readers’ responses were fast and combative all round. This is just the beginning… It shows how much people are vested in the art of writing, creativity, the values of science – and how to make recent theories and knowledge more available to readers in both the humanist and scientific camps (and perhaps more importantly the general reader). The real effort is to bridge the two camps with each camp freely using the best techniques and knowledge accrued over time.

C.P. Snow, of course, broke this ground in 1959 in his The Two Cultures lecture, setting off the debate that’s still ongoing, leading to the “Third Culture” concept which combines the best of both camps and is perhaps best exemplified by The Edge website, an ongoing dialogue between the two camps. 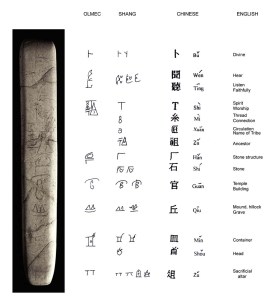 Any discussion that sheds more light on what makes good writing is a good thing. Of course, it can’t be distilled into “rules,” but that shortsighted approach will disappear in the doing, especially for the truly creative novelist or poet who starts with a single thread and, miraculously, stitches together a coat of many colors which reflects a slice of real life. Science, at its best, probes for the truths of Life using scientific techniques and tools. Creative writers and artists seek to touch the same ground through the exploration of individual spirit and esthetic techniques.

For a much deeper look at these two approaches and the fascinating merging that’s underway, see this exceptional article by Hong-Sho Teng, an English professor at National Taitung University in Taiwan. It was originally published in Chinese in The China Times Book Review.

To paraphrase his thesis: “”We are going to die, and that makes us the lucky ones. Most people are never going to die because they are never going to be born.’” This passage is not from [James] Joyce, but from [scientist Richard] Dawkins’s Unweaving the Rainbow. A modern protégé of Darwin, Dawkin’s borrows Keats’s idea, from the poem Lamia, which accused science of ruining nature’s beauty in order to reveal in turn the beauty in science and the aesthetics of scientific endeavors. Dawkin’s of course holds that science can increase an artist’s appreciation of Beauty. In contrast to the eloquent science writers (think Edwin O. Wilson, and earlier Loren Eisley), traditional humanities scholars and authors are in danger of being marginalized. In May, English writer Will Self gave a talk in Oxford entitled “The novel is dead (this time it’s for real),” clearly echoing the predicament of contemporary novelists. Following the 20th Century legacy of public intellectuals like Edward Said, Hong-Sho says literary writers must take the next step forward to encourage a new generation … in order to lead the humanities [read writers of all types] into participation in cross-boundary dialogues in the third culture. While science speaks to a “rainbow of knowledge,” he says, there must be clouds on both sides of the rainbow’s”bridge” that, however evanescent,  will form a third culture.

Below is a letter from astronomer Carl Sagan and his collaborator, Ann Druyan. They knew how to write and tell a good story. Their books about the Universe revealed how science and the human spirit of discovery go hand in hand. 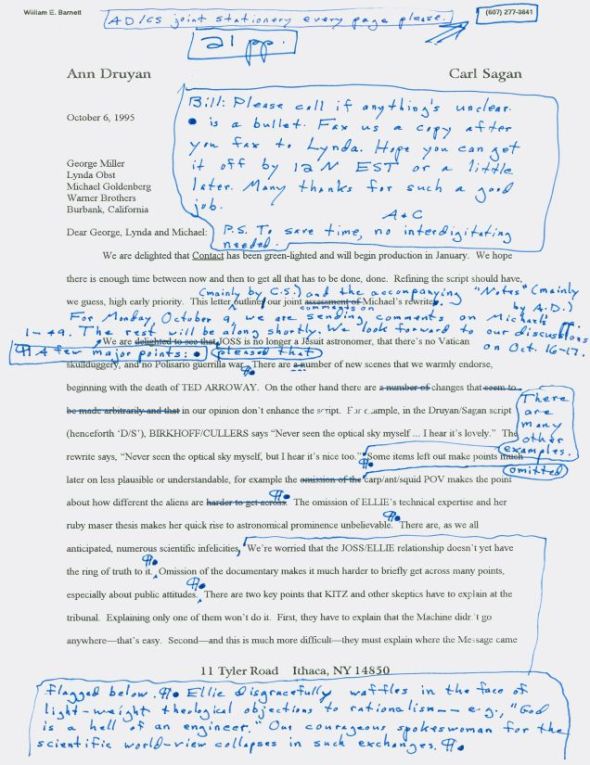 See the comments below in response to The Guardian column on Pinker’s upcoming book. They underscore  how people are vested in ideas about writing well:

Just write however the hell you want to write. Being passionate about it is what’s important; if you lose that passion there’s no point bothering because you’re just going through the motions. Oh, and never write with thoughts of the money you’ll earn; the notion of future wealth is an incredibly bad reason to be creative in any way. Plus, you’ll likely be disappointed because relatively few writers have ever been able to make a tidy living out of it. The same goes for the fame aspect of the craft. I write because I love writing – end of.

I’m not sure that “end of” is a good way to end a comment on how to write well.

Touché. I shall now go and stand in the corner with my hands on my head until I’ve learned my lesson.  *slinks off, tail between legs, hanging head in shame*

”never write with thoughts of the money you’ll earn…”  Well said! That’ll show that hack William Shaksper, who had a living to earn.

“why I’m trying to explain this to someone who can’t even spell Shakespeare is beyond me.  Maybe you should have explained it to Shakeſpere himself when he signed the conveyance on his house?

Yeah yeah, we all know Shakespeare spelled his name several different ways but the accepted spelling has remained the same now for centuries. It doesn’t mean I have to take your original crappy comment that completely missed the point seriously though.

It’s the writer and reader, side by side, scanning the landscape. The reader wants to see; your job is to do the pointing.   Only sometimes.  And in answer to this:  should you write for yourself or for an audience? The answer is “for an audience”.   One word: Pepys

I think that Elmore Leonard’s typewriter might have been firmly between his cheeks when he wrote that ‘show, don’t tell’ advice to writers.  He was probably preaching against the style of ‘girly-writing’ (not always just women) whose style evokes, in a different context, Martin Amis’s plaintive “Why are you telling me all this”? Where an effort to elevate quotidiana is simply boring, and redundant.  When a character in one of those prolix, tell it all novels makes coffee, for instance, the reader ends up learning far more – to paraphrase Thurber – about coffee-making than he wants to know. A sentence, two at the most, is all that’s required; but all too often we get the painstaking and painful description of measuring the sugar, choosing a cup, stirring, sipping – all that.  Leonard’s plea to cut to the chase is worth thinking about.

Comments for this discussion are now closed.” 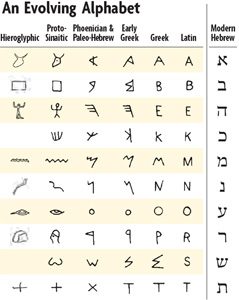