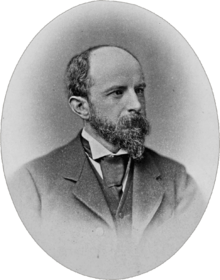 Henry Brooks Adams (February 16, 1838 – March 27, 1918) was an American historian and member of the Adams political family, being descended from two U.S. Presidents.

I’ve still not let go of reading and rereading new and old essays of Vidal. He’s fearsomely prescient and usually right in interpreting US history and forecasting where the world is heading, in some cases fully 40-50 years before recent events and popular opinion confirmed and caught up with him. Here he is in the essay “The Day the Amercan Empire Ran Out of Gas (1986)” from Imperial America: Reflections on the United States of Amnesia (2004).

“When Confucius was asked what would be the first thing he would do if he were asked to lead the state – a never-to-be-fulfilled dream – he said, ‘Rectify the language.’ This is wise. This is subtle. As societies grow decadent, the language grows decadent too. Words are used to disguise, not to illuminate, action: You liberate a city by destroying it. Words are used to confuse so that at election time people will solemnly vote against their interests. Finally, words must be so twisted as to justify an empire that has now ceased to exist, much less make sense. Is rectification of our system possible for us? Henry Adams thought not. In 1910, he wrote: ‘The whole fabric of society will go to wrack if we really lay hands of reform on our rotten institutions.’ Then he added: ‘The whole system is a fraud, all of us know it,  labourers and capitalists alike, and all of us are consenting parties to it.'”

Is it really too late to right the system more towards the people rather than the oligarchical class? I hope not, but certainly effort is all and it could make a difference as it has throughout America’s history. US history is nothing if not a sustained attempt by hardy souls to come closer to a more egalitarian, just society not controlled by an elite, wealthy oligarchical class. A wise Jewish saying from The Sayings of the Fathers, a compilation of the ethical teachings and maxims of the Rabbis of the Mishnaic period, offers sage advice:

“It is not your responsibility to finish the work of perfecting the world, but you are not free to desist from it either.” – Rabbi Tarfon, Pirke Avot 2:21.