See here for a deep appreciation of Alan Watts written by David Chadwick:

“This January, the English-born Watts would have been 101 old. He’s best known for his important role in the popularization of Zen in the West. His twenty-six books, and his popular radio and television broadcasts, introduced Americans of the 1950s and 1960s to a Zen that was authentic yet contemporary and accessible. In the hundreds of interviews I’ve conducted with practitioners from the early Zen Center days, Watts was the most frequently cited inspiration.

“Yet he was no sectarian. Watts wrote of the perennial philosophy—the unifying core of religion and profound inquiry in all quarters and eras. His approach to wisdom was curious and inclusive, embracing psychology, the natural sciences, art, music, dance, humor, and the enjoyment of nature, of sex, of life.” 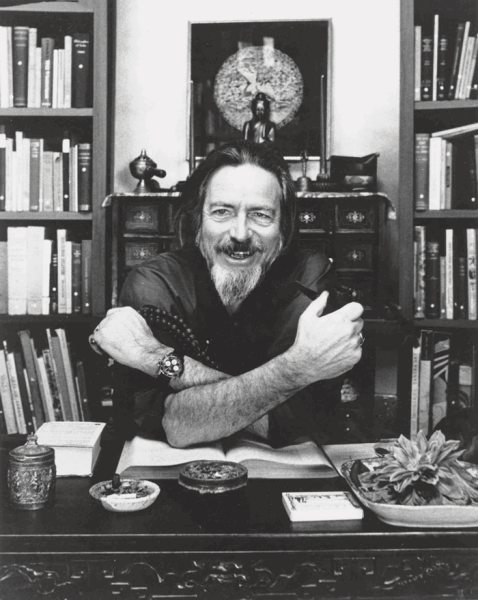