← Kitty voiding out…
Achan Sumano of the Double-Eye Cave →

On this day 200 years ago, Henry David Thoreau was born. 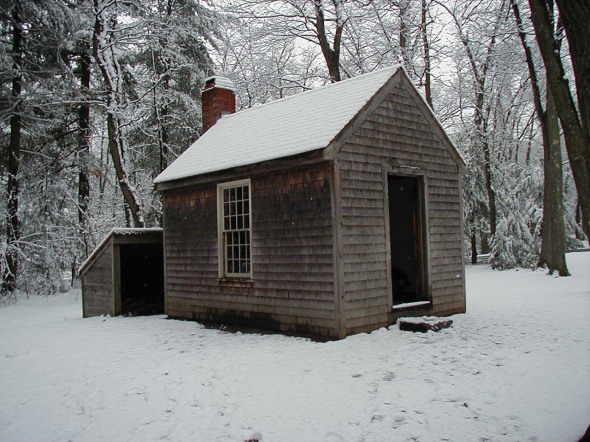 Thoreau spent two years, two months and two days in a cabin near Walden Pond where he wrote Walden. He spent a little over two years at the cabin, and used one year, the four seasons, as a metaphor for growth in Nature and in human nature. He was urged on in his inner pursuits by Ralph Waldo Emerson, his neighbor, who was firing up the emergent, new American imagination. Walden was Thoreau’s personal attempt at spiritual enlightenment and a flag for self-reliance in the search for inner growth and peace. Again, I have to say the book that opens up Walden like no other is Stanley Cavell’s Senses of Walden, which really should be read before reading Walden.