← New member of the household
My aunt’s painting → 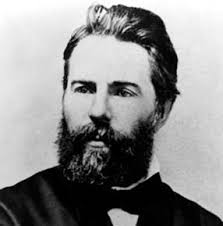 Not magnitude, not lavishness,
But Form—the Site;
Not innovating wilfulness,
But reverence for the Archetype.

I just finished Moby Dick for the second time. A hybrid, genius work way ahead of its time, combining a nonfiction, direct address to the reader and narrative fiction, in short a swirl and swerve that follows Melville’s daemon to tell his tale like no other, which he did. By the end, he’s understandably exhausted. But we have been told in a new, pre-modern archetype.