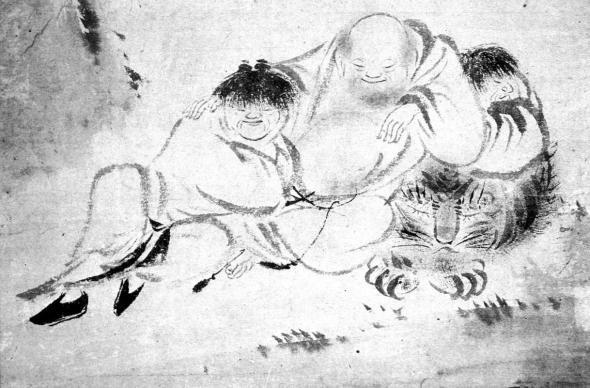 The Gang: The tiger is tamed or unleashed?

2.0131 A spatial object must be situated in infinite space. (A spatial point is an argument-point.) – From the Tractatus Logico-Philosophicus.

In the beginning was the word. Someone actually wrote that down or said it for the first time somewhere sometime, and it’s a powerful perception still defying understanding, expressed most rigorously by LW when he said something to the effect, “Language confuses meaning,” as if, on the other hand, meaning doesn’t confuse language. At any rate, we’re here as we are, no doubt, partly as a result of words, spoken and unsaid,  and we’re now forever  awash, swamped, drowned, awed by them all,  but still dry inside where from  it all arises and passes away. This will do fine as my first post.

But for this…I want to say that M. John Harrison is responsible, unknowingly, for me starting this internet journal. I saw a review he published, I think, in The Guardian, or somewhere like that. Its urgency rattled me so I looked him up, found his brilliant blog, and henceforth birthed this journal. Thanks, Mike.